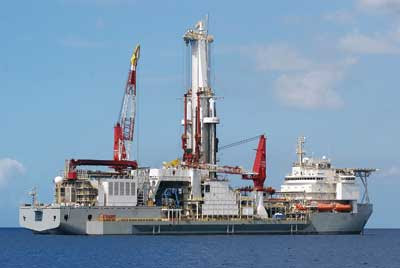 A year can make quite a bit of difference in terms of the number of offshore mobile drilling units (MODU) in the fleet, the number of rigs working, plus rigs under construction. Several acquisitions made a difference in the 2012 list of the top 10 offshore drilling contractors compared with year-earlier figures, which was a top 15 compilation (see February 2011 Offshore, page 42). Comparing the top 10 companies to the year earlier shows the significant advances the offshore contract drilling industry has made in terms of drilling activity.

Noble Drilling's newest drillship is the Noble Bully I, which features a compact box-type drilling tower instead of a conventional derrick, which allows for a significantly smaller vessel compared with other deepwater drillships.

Both tables were compiled in January of their respective years. There are some striking differences. For example, even with five fewer companies in the 2012 table, there is only a 27 rig difference in the total number of rigs, 581 in 2012 compared with 608 in 2011. The 581 rigs in the 2012 survey represent 70% of the worldwide offshore rig fleet of approximately 830 units. The close figures for total rigs owned by the top 10 companies compared with the top 15 is partly the result of a couple acquisitions among the top 15 contractors. For example, during 2011, Ensco acquired Pride International, increasing its number of rigs from 48 in 2011 to 76 in 2012.

It is important to note that while each company's rig total includes those under construction, these rigs are not included in the regional figures. For example, while Rowan has 34 total rigs, that figure also includes three drillships under construction; so its fleet of operational units totals 31.

The impact of acquisitions
Hercules Offshore purchased Seahawk's 20 rigs, increasing its fleet from 34 to 51 in 2012. The increase doesn't total 20 rigs due to Hercules selling or otherwise removing several rigs from its fleet during 2011. Noble Corp. saw its fleet increase by a net of 10 units, partly a result of acquiring Frontier Drilling, which had several units under construction. Three of those rigs, drillships Bully I, Bully II, and Globetrotter I, were delivered recently. All of the rigs are contracted.

Ensco purchased Pride International, increasing its offshore fleet from 48 rigs in January 2011 to 76 rigs this year. The company also has seven rigs under construction, including two drillships and two semisubmersibles. Also, Transocean purchased Aker Drilling, which added two sixth- generation ultra-deepwater semisubmersibles to its fleet; as well as two ultra-deepwater drillships under construction – in addition to four rigs Transocean ordered on its own.

The unique Noble Bully drillships were jointly designed by Shell and Noble, and can be equipped to drill in up to 10,000 ft of water, although they presently are equipped to drill in up to 8,250 ft of water. The rigs feature a compact box-type drilling tower known as a multi-purpose tower, instead of a conventional derrick. The aim is to maximize productivity and safety and allow for a significantly smaller vessel when compared to other deepwater drillships of similar capacity. The Noble Bully I and Noble Bully II feature ice-class hulls and increased automated technology for enhanced personnel safety. The Noble Bully I is operating in the Gulf of Mexico and will first drill on Shell's Mars B Olympus development; while the Noble Bully II will begin operations in Brazil, also for Shell, in early 2012.

Transocean's sixth-generation drillship Discoverer Luanda is an enhanced enterprise-class, double-hulled vessel equipped with the company's dual-activity drilling technology. The rig is rated to drill in up to 12,000 ft of water.

The top 10 contractors this year had 107 rigs stationed in the U.S. Gulf of Mexico compared with 126 a year earlier. The figure reflects the number rigs exiting the region for better markets elsewhere due to the effects of the deepwater drilling moratorium and the slow pace of permitting that followed. Numerous premium jackups also mobilized for better contract terms and higher dayrates to other areas, including the Middle East and Mexico.

Of the semisubmersibles that relocated from the Gulf, a couple returned to the region during 2011. As more drilling permits are granted, it's expected that more deepwater rigs will return to the region. Also, several of the deepwater and ultra-deepwater rigs under construction are contracted to work initially in the U.S. Gulf of Mexico and are scheduled for delivery during the next few years.

The 98 rigs in Latin America operated by the top 10 offshore contractors in January 2012 is only slightly less than the 105 units tallied in the 2011 table. Although technically in North America, rigs operating offshore Mexico are included in this figure. The number of rigs operating offshore Mexico is expected to increase this year as Pemex tenders for additional jackups. The number of semisubmersibles could also increase slightly as the company looks toward exploring for and developing its potential deepwater and ultra-deepwater reserves.

Petrobras is continuing its plans to charter and/or own a couple dozen deepwater and ultra-deepwater rigs during the next few years. The Brazilian state oil company has been planning this scenario for several years, tendering for deepwater rigs for long-term contract. The company wants to build the rigs with as much local content as possible, a potential issue because there presently isn't enough shipyard capacity in Brazil to build as many rigs as it requires in the timeframe it specified. Still, Petrobras continues to move forward with the program, so expect a significant increase in deepwater exploration and development activity in the next few years and beyond.

The number of rigs in the North Sea and Northwest Europe increased slightly to 65 compared with 62 in January 2011, which is expected to continue increasing as more new harsh-environment jackups are delivered. For example, Noble took the Friede & Goldman JU-2000 design jackup, enhanced their capability and designated them the JU-3000 Class. Noble ordered four of these rigs in late 2010 and early 2011 at Jurong Shipyard in Singapore with deliveries set to begin early this year. The rigs will have a 75--ft cantilever reach, 2.5 -million-lb hookload capacity, a high-capacity mud circulating system and a 15,000 psi BOP. They will be capable of off-line pipe handling and provide accommodations for up to 150 people. They can operate in up to 400 ft of water and drill to 35,000 ft.

Gusto MSC's jackups continue to grow in number as well as size, being designed now with the capability of operating in the harsh North Sea environment in up to 175 m (575 ft) with its recently introduced CJ80 iteration. Maersk Drilling bought two of the slightly smaller variation, ordering two CJ70-X150-A rigs at Keppel FELS in Singapore for a whopping $1.2 billion. Maersk's CJ70 rigs are rated to operate in up to 500 ft of water (450 ft in North Sea conditions) and drill to 35,000 ft. 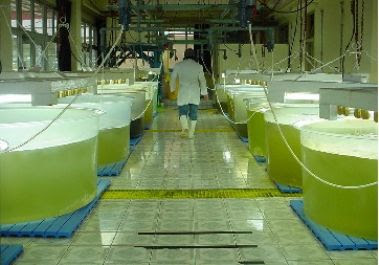 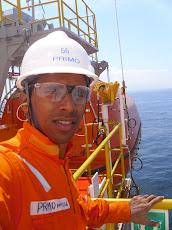 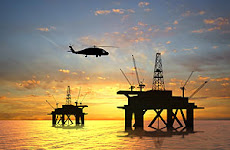 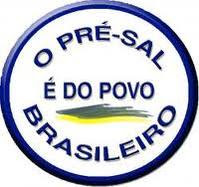 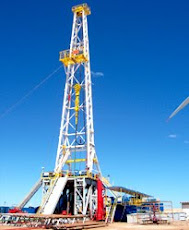 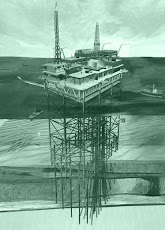 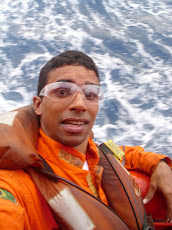